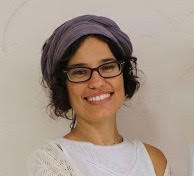 Inmaculada Antolínez-Domínguez is a social anthropologist and earned a Ph.D. in social work from Pablo de Olavide University where her doctoral thesis received the Intercultural Chair of Córdoba Award. She has done fieldwork in intercultural studies and migration in several regions including border territories and migratory routes such as northern Morocco, Sicily in Italy, the border of Mexico with the United States, the Peruvian Amazon and the Zapotec region of Oaxaca, Mexico. Dr. Antolinez is Co-Director of the award-winning documentary film Irioweniasi. The thread of the moon. She also has been a researcher in projects related to the migratory journey of women and children through Sub-Saharan Africa to Spain. Currently, she is a lecturer of social work and member of the University Research Institute for Sustainable Social Development of the University of Cádiz and is part of the Network for Dignified Reception of Migrants in the Southern Border. She also is an affiliate researcher with the Social Transformations to End Exploitation and Trafficking for Sex (STREETS) Project at the University of Wisconsin-Madison and her future projects aim to explore the journey of Central American women to the United States, pointing out the violence they face, but also their strengths.