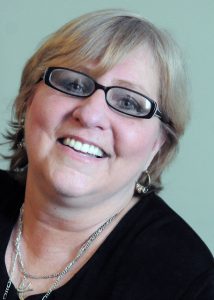 As a survivor of the life, Terry focused on empowering the marginalized while obtaining her degree in Organizational Leadership from Bethel University in 2005. Due to her incredible gift of relating with those who have experienced exploitation, she was eventually hired on as full-time staff at Breaking Free in Minneapolis, MN and served as the Executive Director for five years. Prior to her role as executive director, Terry developed a database that allows for concrete analyses, recording trends and statistics of victims of sexual abuse, as well as organizing and tracking services. Terry has also trained law enforcement, social service stakeholders and other NGO’s on subjects ranging from Sex Trafficking 101 to Victim/Offender Intersectionality. She has participated in Bail Reform, Sex/Labor Trafficking and Safe Harbor Conference subcommittees. Terry was invited to participate in five United Nations events, currently participates in Shared Hope’s JustUS Committee and works with NCOSE on the Earn It Act legislation and other national policy reform efforts. Terry currently consults on both a local and national level and is a member of the Minnesota Human Trafficking Task Force.