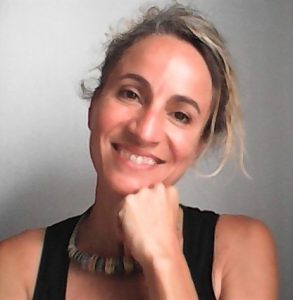 Esperanza Jorge-Barbuzano earned a Ph.D. from the Autonomous University of Madrid in the Interdisciplinary Gender Studies Program of the Department of Didactics and Theory of Education. She is a social educator and a master in creative writing, social theater and socio-educational Intervention. Dr. Jorge is currently a lecturer at the Autonomous University of Madrid and a researcher at the University of Cádiz. Her commitment to combining research, teaching and activism in human rights, allows her to create bridges of dialogue and knowledge generation between academia, social organizations and government institutions. She has been a researcher on human trafficking in the context of migration including extensive fieldwork in Spain, Morocco and Nigeria. She is co-director of the documentary film “Irioweniasi. The thread of the moon” (2018) which illustrates the difficult journey of a young Nigerian woman trafficked to Spain and has won several film awards. She has been involved in various projects related to gender violence, genital mutilation and human trafficking across Africa and the EU. She is an affiliate researcher with the Social Transformations to End Exploitation and Trafficking for Sex (STREETS) Project at the University of Wisconsin-Madison and is also part of various human rights platforms, including the Network for the Dignified Reception of Migrants.